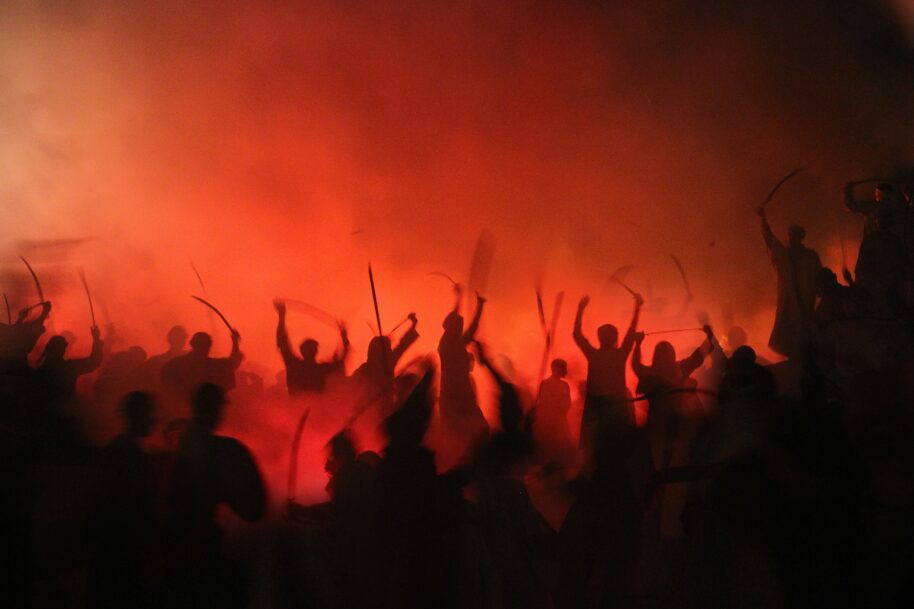 My job – in a nutshell – is to help make charities work better.

I restructure staff teams to better enable productive and collaborative working. I help charities identify and achieve strategic targets to allow them to expand into new work areas. I evaluate projects to make them more effective. I help Boards be more diverse so that their decision-making improves.

I’ve been called the Mary Poppins of the charity world because I come in, help organisations to be more effective, then move on.

For me, impact is everything. It’s about making a difference – a real, palpable difference – in the real world.

That’s why my latest move into an interim role in the equalities sector has been a bit of a shock.

In many ways, it’s wonderful to be working with others who prioritise equality in the way I always have. But, at times, it feels like the sector is somewhat disconnected from the rest of the world.

This disconnect has many consequences, one of the most problematic being internal disputes and attacks. I’ve found myself the target of one of these, and have been accused of all sorts of terrible things, all based on the false presumption that I am unsupportive of equality.

While my friends, family and colleagues who know me find this so ridiculous an accusation that it’s laughable, I have found it disturbing. While it is so far from who I am, it is nonetheless both hurtful to have people be so wrong about me, and also deeply worrying that people working in equalities can put so much energy into attacking someone who is on their side.

Equalities work is essential, but progress is too slow and these conflicts underlie a bigger issue. We need to focus on impact and make the following changes to move forward.

I have seen projects that aren’t as effective as they could be because the attitudes of the organisers mean they self-exclude half of their target beneficiaries. The people running these projects are often in self-made echo chambers in which everyone has the same views so that anyone with a different view is considered a hostile ‘other’ – even if they are the kind of people that the project is targeting. In this way, shared but misplaced judgements about the excluded group are undermining the project’s effectiveness.

When a project is aiming to overcome inequalities, it must make sure it isn’t imposing other forms of discrimination in the way it tackles the problem. For example, if we’re fighting for equal pay, we shouldn’t focus only on women working in some sectors, but not others. We don’t say that those working in retail and hospitality should receive equal pay, but those working for oil companies shouldn’t because their work is harming climate change. All women deserve equal pay. Climate change is an entirely unrelated battle.

We need to design projects with effective Theories of Change in place. We need appropriate monitoring and evaluation. We need to identify the outcomes that we expect to see and hold ourselves to account in achieving them.

Considerable effort in the sector is directed at criticising and undermining people who are largely on the same side. The people who seem agree on most things, but disagree on the details, often appear unable to get beyond those differences to fight the war together and instead spend their time trying to take each other down. Frustratingly, the people who are doing the most damage and benefiting the most from systemic inequality do not face the same vitriol.

If we want to have an impact, we have to collaborate. We have to agree on those targets we share and agree to disagree on those we don’t. We must have difficult conversations that are respectful and collaborative in tone. We don’t always have to agree, but we do on occasion have to put aside our differences.

These internal conflicts only serve to help those who wish to perpetuate inequality.

3. Maintain standards of evidence and proportionality

A major theme in today’s society is ‘cancel culture’, which some of its proponents paternalistically prefer to call ‘consequence culture’.

Now, I am firmly of the view that people who are discriminating against others or behaving cruelly or being bigoted should be held to account for their behaviour.

But, I would add three points.

Cancel culture rarely reflects any of these standards.

The resignation of Alexi McCammond from being the new editor of Teen Vogue based on racist and homophobic tweets she wrote ten years previously – when she was a child of 17 and for which she has profusely apologised – is doing no one any good.

Standards of evidence and the burden of proof in courts, and HR procedures at work exist for a simple reason: fairness. Without any similar standards, the mass hysteria that is whipped up by cancel culture simply isn’t a force for good.

The argument in favour of cancel culture is that it is about mass voices overcoming those in power. One of the best things about social media is how it’s given a voice to the voiceless.

But it is still a power – and, as Spiderman’s Uncle Ben tells us – with power comes responsibility.

Online abuse in particular has consequences – some of which go considerably beyond what is proportionate. This is power. Where is the responsibility?

How often do you see someone who has lost their job or been hounded out of the public eye come forward and speak meaningfully about how much it’s impacted on them? They usually don’t, as they know that any evidence of their pain may be celebrated by those who sought to bring them down.

Caroline Flack killed herself because of cancel culture. Why haven’t those trying to change the world for the better made a concerted effort to stop this brutal practice?

We need to use our power for good and to make the world more equal. We need to focus on systemic injustice and the roots of inequality, not on destroying individual’s lives in a self-righteous fury.

We need to bring empathy to the table.

5. Calling in rather than calling out

I am a firm believer that most people have good intentions. I believe that almost everyone is trying to do the right thing but that they may have different views about what needs to change, and how this is achieved.

I also believe that it is possible to change people’s behaviour though debate and discussion. However, I don’t think the way we go about this is working very well at the moment.

Professor Loretta Ross invented the term ‘calling in’ rather than ‘calling out’. She says – “It’s a call out done with love”. She has a lot of great stuff out there – like this and  an article about her here.

This means it’s more about changing minds, changing behaviours, and having constructive conversations than it is about cancelling, abusing, criticising and dividing people.

It was in trying to promote this idea of ‘calling in’ that I was effectively hung, drawn and quartered by a group who thought I was taking ‘the other side’. It’s absolutely not. It is about assuming people have good intentions and are willing to learn, and not setting ourselves up as self-appointed judge, jury and executioner.

If we’re serious about impact, we should try to limit how much we ‘call out’ and try to do more ‘calling in’.

We live in a deeply unequal society, in so many ways. Some of the statistics out there are utterly disturbing – and it sometimes feels like we are going in the wrong direction.

So, for those are trying to bring about a better and more equal world:  Please… let’s focus on impact.