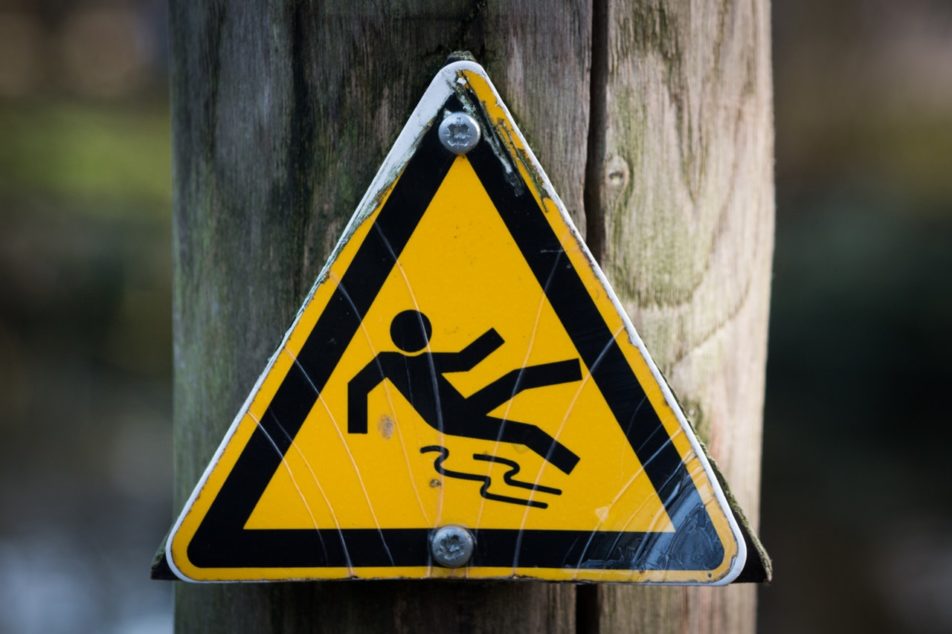 Working with many small-to-medium charities across the country, I meet many inspiring Trustees who are doing amazing work, often in challenging situations.

I also come across many charities where things have gone badly wrong. This may be directly connected to staff problems, financial mismanagement, lack of good planning, or other factors.

However, in such cases, there are almost always warning signs from within the Trustee Board well before things head south.

Is your charity exhibiting any of these common warning signs?

1. The Trustee Board always agrees with itself and debate is discouraged.

A good board is a dynamic board, which considers a range of different ideas and viewpoints. Trustee Boards may think things are going well due to the absence of conflict but, if you’re also lacking debate or disagreement of any kind, it’s time to take notice.

An effective Chair encourages debate and different viewpoints, and works hard to ensure that these views are actively engaged with, even if he or she disagrees with what is being said. I have seen excellent Trustees leave Boards due to their frustration with the refusal of the Chair and the Board to listen to their views and engage with them. Such departures may be seen as a positive by the rest of the Board, which can return to easy agreement and, most likely, poorer decision making.

The Trustee role is unlike any other. All Trustees should attend, at the very minimum, training on their roles and responsibilities. Ideally, they should also attend training on financial oversight for Trustees, fundraising and issues that directly affect their charity.

In my experience, Trustees who think they don’t need to attend training create problems. They often misunderstand their role and can cause significant challenges for the rest of the Board and the staff. At the same time, they are also usually the least likely to engage with the resources that are freely available online, such as through NCVO, the Small Charities Coalition, the Charity Commission and LinkedIn.

3. Board members resist the idea of performance management

Performance management for Board Members, including a simple plan and an annual appraisal, is by no means universal throughout the sector. However, the difference I’ve noticed between effective Boards and those that are heading for bigger problems is evident in their attitude towards performance management. If your Board sees the idea of performance management of Trustees as insulting, inappropriate or undesirable, it may be worth digging a little deeper into how they see their role and why these views are held.

Any work that’s worth doing should be planned and evaluated, and this includes the work of Trustees. An effective Board is more likely to see performance management as something that will enhance their effectiveness.

4. Trustees lack an understanding of the boundaries of their role

An extremely common problem I see is a lack of understanding amongst some Trustees about where the role of Trustee begins and ends at their specific charity. This is not helped by the vast differences in the role between different sizes of organisation.

There are two common situations here. The first is where Trustees are so operationally focused that they fail to discharge their primary responsibilities to plan strategically, ensure the charity’s good governance, and manage the charity’s risks. In such cases, there is also often inappropriate interference with operational staff, which can cause significant problems.

The second is where Trustees are too hands-off. They entrust everything to paid staff and don’t engage sufficiently with how the work is being carried out to meet the charity’s objectives. In such cases, they are similarly not discharging their responsibilities to plan, ensure good governance and manage risk.

5. Trustees are recruited informally and without review

The fifth – but by no means the final – common problem is that Boards where Trustees are recruited informally and without a full interview, referencing, and Board discussion of potential Trustees, tend to be weaker and less effective. These Boards often lack diversity, with similar gender, race, age, socio-economic and even career backgrounds. In practice, these Boards tend to also fail under point (1), as they tend to discourage debate and suffer enormously from ‘group think’.

If your charity is reflecting any of these problems – or even all of them – all is not lost. The important thing is to recognise and to take steps to resolve them. Suggested steps are:

An external viewpoint can be very valuable, so consider engaging an external consultant to undertake a comprehensive governance review. This should include a detailed review alongside specific recommendations for the actions needed to ensure the charity is meeting best practice. While many small-to-medium charities are nervous about investing in external expertise, implementing the recommendations of a governance review can not only avoid potential problems, but will also make your charity more effective and attractive to funders.

If you need practical and affordable assistance with ensuring your Board is up to scratch, or are interested in my comprehensive Charity Health Check tool, please get in touch with me, Felicia Willow, at Willow Charity Consulting.